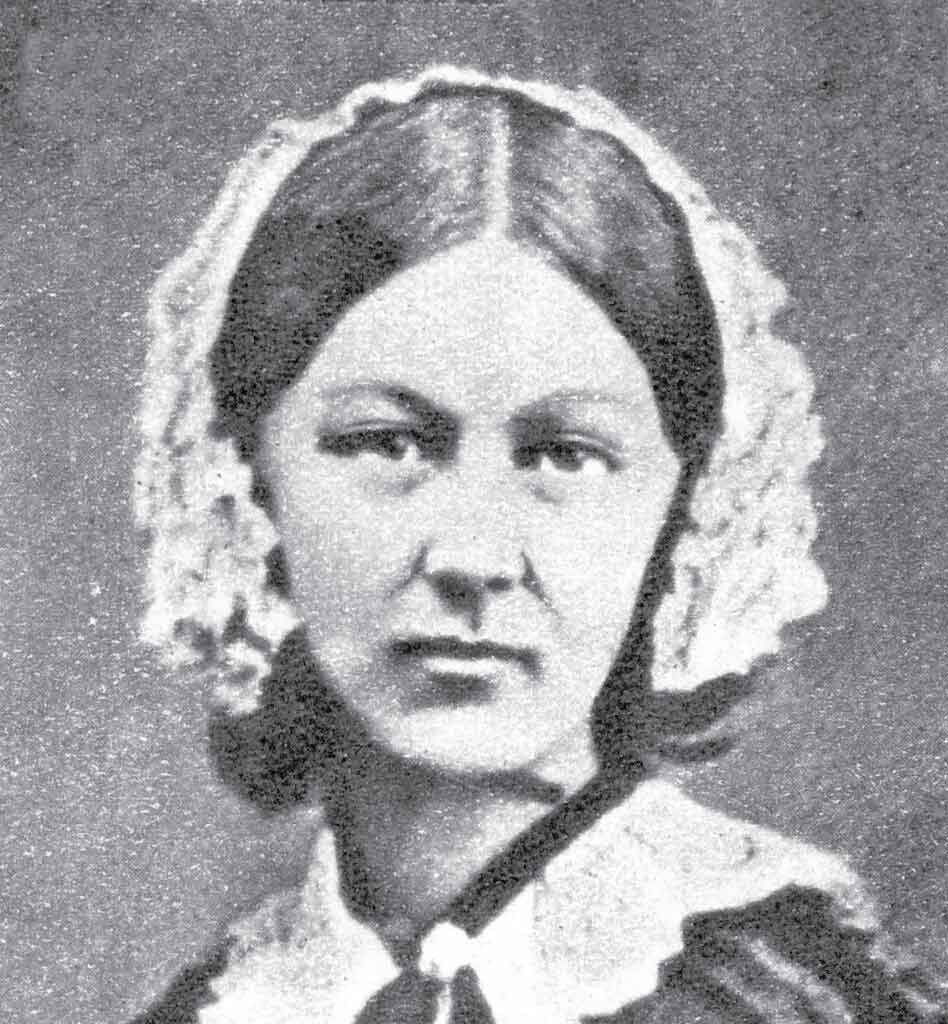 MayBoo Clothing is a brand that is dedicated to helping girls develop their sense of purpose and find their missions in life. We do this not only with the unique, meaningful clothing we design and manufacture, but also through sharing examples of courageous and purposeful women. Florence Nightingale is one of those women. This is her story…

Florence Nightingale was a kind girl who loved to help the sick from a very young age. She served as the first nurse in the Crimean War and inspired girls and women around the world. She permanently changed the course of education for women and brought out the importance of women in our society.

Florence Nightingale was born in Florence, Italy on May 12, 1820. She was named after the city she was born in. Florence was born into a wealthy family who lived in England. She and her family had two houses; one in Lea Hurst, Derbyshire, and the other at Embly, Hampshire. They had several servants and maids due to their high status and wealth.

Even though Florence was already a smart and intelligent girl, girls and women weren’t educated in the 1800s and she wouldn’t be able to get a formal education. Luckily, her father, who believed women should be educated and saw her potential, homeschooled her. He taught her all the basics such as math, literature, and science. She was also fluent in French, German, Italian, and English. Even as a small child, she loved helping people and caring for the sick and needy.

As she grew, her love for helping others only increased. She would help sick animals and people such as neighbors, servants, and even her sister. She took the opportunity whenever a chance would present itself. Being of such high status because of her family’s wealth, she was expected to marry someone “suitable” at an early age, but Florence turned down several proposals. In 1837, at only 17 years old, she was inspired by God that her life’s mission was to follow her passion for nursing. She said, “God spoke to me and called me to His service.” Her parents objected to her resolve to nurse because they considered nursing hard labor not fit for a wealthy woman, but Florence was determined to become the first female nurse of her time. She visited hospitals all around Europe until her father lost hope that she would marry and finally let her take nurse training in Germany in 1850. After years of hard work, in 1853, she became superintendent at a hospital in England.

When the Crimean War against Russia started in 1854, the wounded, sick, hungry, and cold soldiers were too much to handle for their medical staff. They needed help badly! Florence and 38 other volunteers traveled to the army’s hospital in Scutari, Turkey. This was the first time women officially worked in the army.

Although they had been warned of the horrid condition of the hospital and the soldiers occupying it, they couldn’t have imagined or in any way have been prepared for what they saw. This army hospital looked like no place on earth should. It was dirty, overcrowded, and without any fresh food or water. Of the mortalities that affected the English army, only one-sixth of them were from battle wounds directly. The other five-sixth who lost their lives died from infection and disease in the hospital. The male doctors at the hospital were cold and unfair to the nurses because they didn’t want to work with women. They even tried to limit what the nurses were able to do, but eventually they were forced to let the nurses help because of the increasing number of sick and wounded men. Florence and her nurses set to work cleaning the hospital, feeding dying soldiers, writing letters to families on behalf of the soldiers, and distributing the little supplies they had to the men who needed it most. She even used her own money to buy provisions. She always made the sacrifice of staying up late and getting up early to tend to her patients by the dim light of her lamp. This is where her famous title ‘the lady of the lamp’ comes from. As she took the death rate from 40% down to 2% through her diligent work, her popularity increased. She even earned the respect and admiration of Queen Victoria. Despite all this, she kept a low profile and worked endless hours staying true to her mission.

Florence received a brooch called the ‘Nightingale Jewel’ and a reward of $250,000 from the British government as a thank you for all the service she had rendered. In September 1856, she met with Queen Victoria to come up with ways to better the military medical system, including educating nurses and doctors, making the environment cleaner, and providing patients with necessary supplies. Florence used the money from the British government to further her cause even more. She founded the Nightingale Training School for Nurses and provided funds for St. Thomas’ Hospital.

Across the world, male doctors and nurses cared for the sick. It had been unheard of for a woman to nurse, but Florence inspired women across the world and showed them that a woman can be a nurse too. Her example immediately encouraged American women to be nurses during the Civil War, saving many more thousands of American lives. Nursing was no longer looked down on but was considered an honorable position.

At the age of 38, she fell ill with the Crimean Fever and never fully recovered. Because of it, she was occasionally bedridden for the rest of her life, but even still, she used her wealth to benefit others by providing health care for anyone she could, making water more sanitary in India, and funding schools and hospitals. Florence Nightingale died on August 13, 1910, at 90 years old.

In conclusion, Florence was a powerful influence not only to her nursing peers and country, but to the world because of her dedication to serving, love and compassion for the people she nursed. She felt that her call essentially came from God. Florence and her team of 38 Crimean War volunteers bore through to the end and completely change the conditions of the hospital, saving thousands of lives.